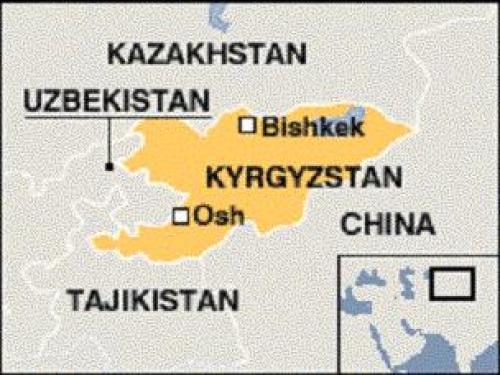 Kyrgyzstan's Supreme Court sentenced to death Otabek Akhadov, an Uzbek citizen, after he was found guilty of several murders connected to what officials describe as an ethnic-Uighur extremist group active in neighbouring China, the man's lawyer Nina Zotova said.
The court found that Akhadov had taken part in the killing of three members of a Chinese delegation visiting Kyrgyzstan in 2001, Zotova said.
He was also found guilty of having murdered a leader of the Uighur diaspora in Kyrgyzstan, Nigmat Bazakov, in 2000 after Bazakov refused to give funds for a Uighur organisation seeking to establish an independent homeland inside China.
"Mr Akhadov is a member of the Uighur extremist, separatist organisation Liberation of East Turkestan," according to prosecution documents.
Three other suspects in the attack on the Chinese officials had already been sentenced to 25 years in jail.
However, Zotova told journalists that Akhadov had been forced into confessing his guilt. "I am sure that the testimony was obtained in illegal ways. A medical report shows that Mr Akhadov was beaten and forced to incriminate himself."
No appeal is possible in Kyrgyzstan after the Supreme Court decision, but Zotova said she would take the case to international organisations, such as the United Nations.
Uighurs living in northwest China's Xinjiang region have struggled to re-establish an independent state of East Turkestan since their homeland officially became part of China in 1955.   Rights bodies say the Chinese government is cracking down on them under the pretext of fighting terrorism.