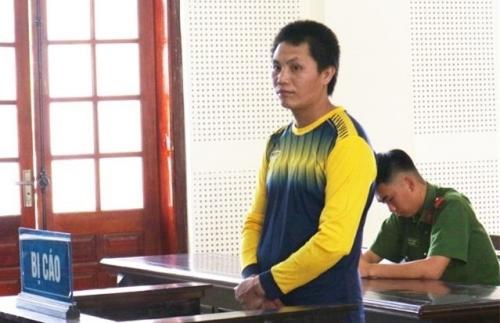 A court in the central province of Nghe An sentenced a Lao man to death on 31 May 2019 for carrying 10.7 kilos of drugs into Vietnam.
The indictment said Tho No Bi, 37, had been hired by another Lao national late last year to bring drugs of different kinds into Vietnam to find customers.
He then reached a man in northern Vietnam, who ordered six kilograms of methamphetamine and 48,000 ecstasy pills. The package was expected to fetch $48,000 and Bi was offered payment worth around $230 for the transaction.
He was arrested when carrying the drugs on his back, trekking through the border into Vietnam at Que Phong District of Nghe An.
He was charged with illegal trade of narcotics.
He admitted the crime, saying his family of nine kids usually had to struggle with poverty and hunger. He himself did not have a stable job and the income from farming could not help him and his wife afford raising their children, Dan Tri reported.
But the judge panel said the drug amount was "especially large" and that he should be sentenced to death.