LIFE IMPRISONMENT: HANDS OFF CAIN, THE CONSTITUTIONAL COURT OPENS A BREACH IN THE WALL OF THE LIFE SENTENCE WITHOUT PAROLE 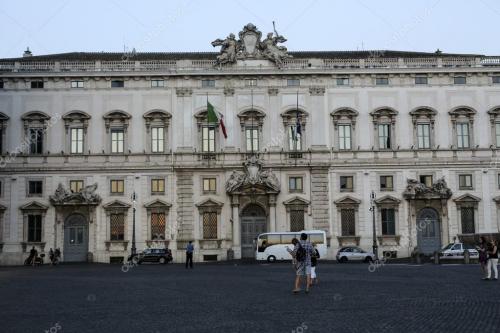 The Constitutional Court in Rome

For the association Hands Off Cain, for years engaged with the Radical Party, for the abolishment of the life sentence without parole, the decision of the Constitutional Court “opens a breach in the boundary wall of life sentencing without parole.” In this way, at least for the premium permits (permessi premio), the provisions of the European Court of Human Rights have been implemented in the Viola v. Italy ruling, which has already dropped the presumption of absolute dangerousness towards prisoners for crimes as referred to in 4 bis, first paragraph.
“The decision of the Constitutional Court is a first step in the affirmation of the right to hope and break the totem of collaboration as the only criteria to evaluate repentance,” said the leaders of Hands Off Cain, Rita Bernandini, Sergio D’Elia, and Elisabetta Zamparutti. “Now the Court must say the same for the other prison benefits that depend on the progressiveness of prison treatment. We will continue in this fight, aware that we have done well, as four years ago, the path of recourse to the High Jurisdictions undermined what seemed untouchable in the name of an anti mafia misunderstanding has little to do with constitutional principles, that is the collaboration with justice as the only criterion for evaluating repentance, the break with criminal logic of the past, and the change of inmates with regards to Article 4 bis. The Constitutional Court has grown courage from the ECHR ruling,” stated the leaders of Hands Off Cain, “to confirm that the dialogue from the national and supranational courts mutually reinforces them in the affirmation of the ‘Stato di Diritto’ (the Rule of Law), starting with the end of torture and all inhumane treatment. We will continue to monitor the implementation of the Viola ruling and together with Avv. Andrea Saccucci we have informed the Committee of Ministers of the European Council (Rule 9(2)) to remember that Hands Off Cain is monitoring the implementation of the ECHR judgement. In addition, we have filed the first collective action case of 252 lifers in the United Nations Human Rights Committee and have also raised the issue in the UN Universal Periodic Review (UPR) process regarding Italy which will be discussed in November in Geneva.”
D’Elia, Bernardini, and Zamparutti have concluded, “today hope has won against the fear, the Rule of Law has won against the Reason of State that for too many years in the name of emergency has ignored constitutional principles. Has won Spes contra Spem, Marco Pannella’s life motto, that has inspired us over the years, and the inmates of Opera, the protagonists of the docu-film by Ambrogio Crespi Spes contra Spem - Liberi Dentro that against all odds kept hoping, determined with their chances and the opinions of the Constitutional judges. Today, the thoughts of Leonardo Sciascia are realized because you cannot fight the Mafia with terrible punishment, but instead must fight them with the Rule of Law.”