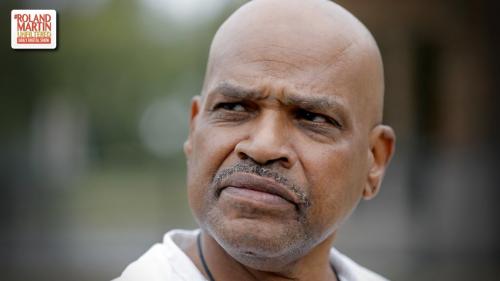 Elvis Brooks was released from the Louisiana State Penitentiary at Angola on 16 October 2019. Brooks, now 62, Black, has maintained his innocence in the July 1, 1977 armed robbery at the Welcome Inn, a Lower 9th Ward bar. Cecil Lloyd, a customer, was killed in the fracas. Staff with the Innocence Project New Orleans and his brother, Aaron, greeted him as he walked out at 10:15 am. A prisoner wrongfully prosecuted for capital murder has agreed to a plea deal that secures his freedom after spending 42 years in prison for a crime he says he did not commit. With the assistance of the Innocence Project New Orleans, Elvis Brooks succeeded in overturning his 1977 conviction and agreed to plead guilty to lesser charges in exchange for his release on 15 October 2019. Taking the plea was “something I didn’t want to do, but I wanted my freedom.” Brooks said. “I’ve been locked up since ’77. I’m not getting any younger. I’d like to get out.” Brooks pleaded guilty Tuesday to manslaughter and three counts of armed robbery before ad hoc Criminal District Court Judge Dennis Waldron. Brooks was arrested when he was 19 years old and faced the death penalty on charges that he murdered a bar patron during an armed robbery. He was convicted and sentenced to life in prison in a trial that lasted less than one day. No physical evidence linked Brooks to the murder and he presented twelve alibi witnesses who testified that he was elsewhere when the murder occurred. The sole evidence against him came from cross-racial identifications by three white strangers who had been inside the dimly lit bar during the crime and who picked out a photograph of Brooks, who is black, from a police photo array. Later investigation into the case by the Innocence Project New Orleans uncovered two major items of exculpatory evidence that prosecutors had withheld from the defense at the time of Brooks’ trial. Fingerprints from the perpetrators had been recovered from two beer cans at the bar, but they did not match Brooks. A prosecutor had written a note about the fingerprint results—indicating that the prosecution had direct knowledge of the evidence when it did not disclose it to the defense, in violation of Brady v. Maryland. Police had also investigated a related robbery that took place less than a block away immediately before the bar robbery, but prosecutors failed to disclose that two black witnesses to that crime had been shown a picture Brooks and did not identify him as the perpetrator. Studies have found that cross-racial eyewitness identifications are less reliable than identifications within racial groups. According to Innocence Project New Orleans, 29 of Louisiana’s 57 exonerations have involved eyewitness misidentification. The National Registry of Exonerations reports that, as of October 2019, 25% of homicide exonerations nationwide involved mistaken witness identifications. Mistaken identifications have contributed to seven of Louisiana’s 11 death-row exonerations. 71% of homicide exonerations nationwide and all 11 in Louisiana involved some form of official misconduct. Although he maintains his innocence in the crime, his plea deal blocks him from a full exoneration or any compensation from the state for his 42 years of wrongful incarceration. “Mr. Brooks never sought a plea agreement. It is deeply unfair that an innocent man would be forced to choose between entering a plea to secure his immediate freedom and waiting years more in prison to prove his innocence through litigation,” said Charrel Arnold, his attorney from Innocence Project New Orleans. “This situation is particularly unfair given that the state has known about the new evidence presented in this case since 1977.” Orleans Parish District Attorney Leon Cannizzaro maintained that his office “did nothing then or now to deprive this defendant of a fair trial.”