MALAYSIA: BAR URGES PAKATAN GOVT TO ABOLISH DEATH PENALTY ‘ONCE AND FOR ALL’ 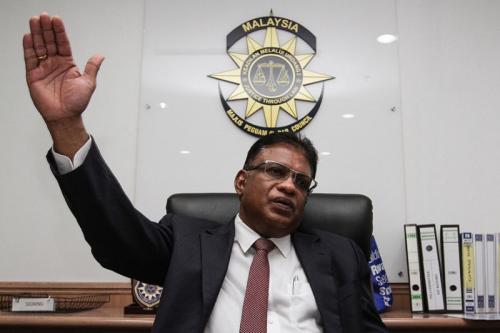 The Malaysian Bar on 5 March 2019 called upon the Pakatan Harapan government to keep its promise and abolish the death penalty at the upcoming Parliament sitting.
Bar president George Varughese in a statement urged for the penalty to be abolished once and for all, saying the decision to remove the punishment was correct, conscionable, and being eagerly awaited.
“This would be in tandem with the strides we have made to become a ‘new Malaysia’ that now abides by the Federal Constitution and upholds the rule of law, as has repeatedly been asserted by the Prime Minister,” he said.
The decision to abolish the penalty was announced in October last year by Minister in the Prime Minister’s Department Datuk Liew Vui Keong.
The Act to repeal the death penalty was supposed to be tabled during the last Parliament sitting but failed to meet the timeframe.