MALAYSIA: KING PARDONS 3 INDONESIANS WHO HAD BEEN SENTENCED TO DEATH FOR DRUG TRAFFICKING 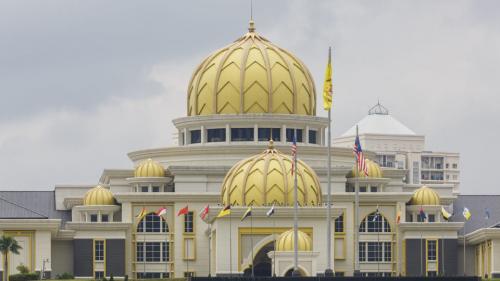 Three Indonesian citizens returned to their homeland on 7 August 2019 after they were granted pardons by the Yang di-Pertuan Agong (King of Malaysia). The three Indonesians had been sentenced to die in Malaysia in 2010 for drug trafficking.
Bustamam bin Bukhari, Tarmizi bin Yaacob and Sulaiman bin Ismail, flew back to Indonesia accompanied by officers from the Indonesian embassy in Kuala Lumpur. They were received by officials from the Ministry of Foreign Affairs in Jakarta who will handle their repatriation to their hometowns in Aceh.
“The three Indonesian citizens have been undergoing legal proceedings in the Malaysian Court system since 1996, or for 23 years, accompanied by legal counsel appointed by the Government of the Republic of Indonesia,” Soeharyo Tri Sasongko, Indonesia’s consular secretary in Kuala Lumpur, said, as quoted by Antara.
According to Soeharyo, the Indonesian government submitted pardon requests for all three that were granted thanks to the government’s efforts.
Although they had been jailed since 1996, the three men’s appeal process finally ended in 2010 when their death sentences were made final and binding.
But in 2012, Sultan Muhammad V commuted their death sentences to 20-year sentences. Earlier this year, Sultan Nazrin Muizzuddin Shah commuted their sentences once again, freeing them to return to Indonesia.