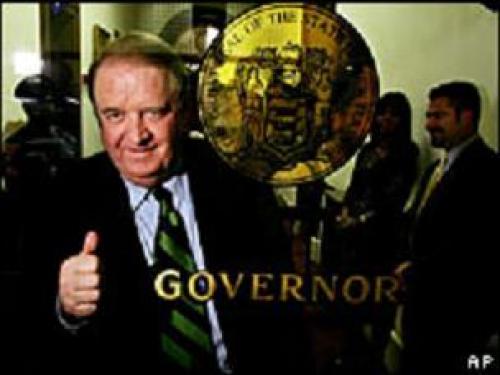 New Jersey lawmakers have voted to suspend executions while a study commission examines the fairness and expense of the state's death penalty. Currently, there are 10 people on death row in New Jersey. Over the last month, the New Jersey legislature overwhelming supported the moratorium in votes of 55-21 with two abstentions in the state Assembly, and 30-6 in the state Senate.
Governor Richard Codey signed the bill on January 12. New Jersey is the first state to impose a moratorium on executions through legislation.
New Jersey's moratorium will remain in effect until January 15, 2007. New Jersey is the third state to halt executions since capital punishment was reinstated. Since 2000, moratoriums have been established by executive order in Illinois and Maryland. Maryland's moratorium has since been lifted.
The death penalty statutes in New York and Kansas were both found unconstitutional in 2004 and have not been remedied.
New Jersey's study commission must be appointed within 45 days of the bill's signing into law. The group will consist of 13 members and they will have until November 2006 to report their findings. Among the issues the commission will examine are possible racial and geographic bias, costs, and whether alternatives exist that will both ensure public safety and address the needs of victims' families.