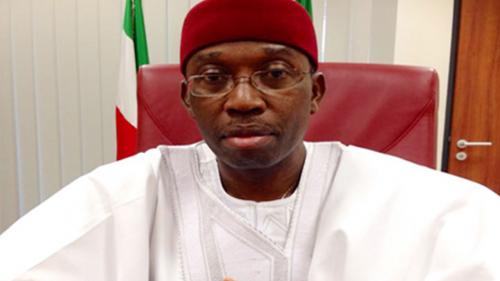 Senator Ifeanyi Okowa, Delta State governor, has approved the grant of total pardon to five inmates who were serving various prison terms and commuted 30 others on death row to life imprisonment.
The pardon was in the exercise of his Prerogative of Mercy under Section 212 of the 1999 Constitution of the Federal Republic of Nigeria (as amended).
A statement released from the Office of the Attorney-General and Commissioner for Justice, Mr. Peter Mrakpor, stated that the governor acted pursuant to powers vested on him in exercise of his powers of prerogative of mercy in the spirit of the Easter celebration and took into considerations the several international and local pleas including those from Amnesty International.
The Attorney-General and Commissioner for Justice explained that the governor acted in accordance to his constitutional powers based on the recommendations of the Seven-Man Advisory Council on the Prerogative of Mercy headed by Chief Patrick Okpakpor that was inaugurated by the Delta Governor on March 30, 2017.
He said the governor approved the grant of full pardon to the following inmates and ordered their immediate release: Livinus Ugwu (M) who was sentenced to 20 years, Enebeli Dike (M), a condemned convict, Orji Pascal (M), serving a 10 year jail term, Moses Agedah who was also on death row and Martins Ishiekwene, a prisoner sentenced to death on November 30, 1998.
The 30 inmates whose sentences were commuted by the governor were all death row inmates, sentenced to death by hanging.