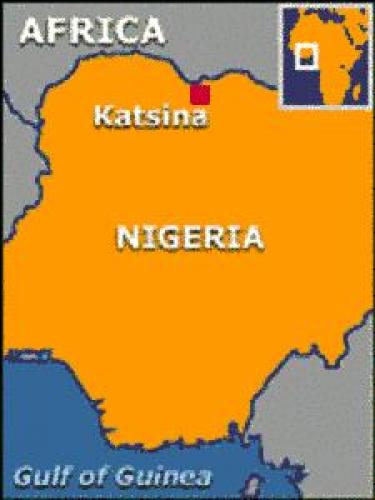 two Nigerian men appeared in court charged with committing sodomy and could face being stoned to death after they were caught together in a toilet in the northern Muslim city of Katsina. The hearing came just days after a senior United Nations envoy called on Nigeria to drop homosexuality from the list of crimes punishable by death under the strict version of Islamic law in force in the north of the country. Yusuf Kabir, 40, and 18-year-old Usman Sani appeared before Judge Mustapha Sani Saulawa at Katsina's Sharia Court Number 3 expecting to face the first substantive hearing in their case since their arrest on June 19. They appeared together in the witness box, tied together by the hems of their faded blue and brown kaftans to prevent them running away, only to see proceedings postponed while prosecutors prepare the case against them.
"Since the prosecution could not produce its witnesses before this court today, I hereby adjourn the hearing until August 3, while the accused are to remain in prison custody", Saulawa told the crowded courtroom.
According to an initial police report the pair were arrested after local resident Lawal Umar saw them having sex in a toilet in the Kerau city district and alerted the police.