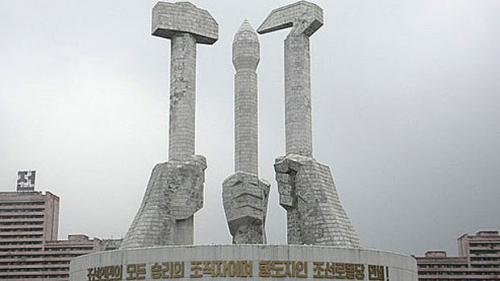 North Korean authorities staged a public trial and shot two female fortune tellers to death last month, forcing tens of thousands of people to watch, in what appeared to be a resumption of public executions.
The executions of the two women took place in March in North Hamgyong’s Chongjin city, and were aimed at forcing officials to stop patronizing fortune tellers and engaging in other "superstitious" behavior, according to two sources who spoke to RFA’s Korean Service on condition of anonymity.
“Public trials and executions have resumed this year, with judicial authorities holding these trials in multiple locations for reasons of maintaining social order,” a source in North Hamgyong province, bordering China, told RFA’s Korean Service.
The public executions “shocked” city residents, RFA’s source said.
“They pronounced sentences of death and carried out public executions immediately,” the source said, adding that two of the three women put on trial were executed by shooting, with the third sentenced to life in prison.
“Tens of thousands of people from factories, colleges, and housing units from Chongjin were forced to attend the public trail in March,” added the source.
The three had created a group called Chilsungjo (Seven Star Group) to carry out what authorities described as “superstitious activities,” the source said.