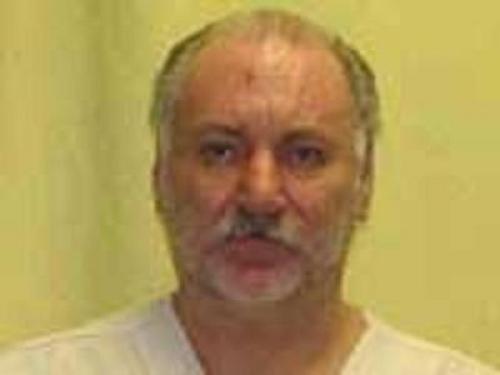 the state of Ohio executed a cult leader who killed a family of five, a crime he said God had commanded him to carry out.
Jeffrey Lundgren, 56, was pronounced dead at 10:26 a.m. EDT (1426 GMT) following an injection of lethal chemicals at the Southern Ohio Correctional Center in Lucasville, the Ohio Department of Corrections said.
"For my last words I'd like to profess my love for God, my family, my children and my beloved wife. ... I am because you are," Lundgren said just before he was executed.
Lundgren was convicted of the 1989 killings of Dennis and Cheryl Avery and their daughters, Trina, 15, Rebecca, 13, and Karen, 7.
Police said he and some of his followers first lured each family member into a barn, taped their mouths and tied their hands and feet, and then forced all five into a pit where he shot them, execution style.
Lundgren and about two dozen followers had broken away from the Reorganized Church of Jesus Christ of Latter Day Saints, now called the Community of Christ, a small church that splintered from the mainstream Mormon church.
His group believed doomsday was near. Prosecutors said Lundgren killed the Avery family both because of a message he felt he got from God and because he saw the family as disloyal for not pooling their finances into a common church fund.
He was the 1,050th person executed in the United States since 1976 when the country restored capital punishment. It was the fifth in Ohio this year and the 24th in the state since it resumed executions in 1999.