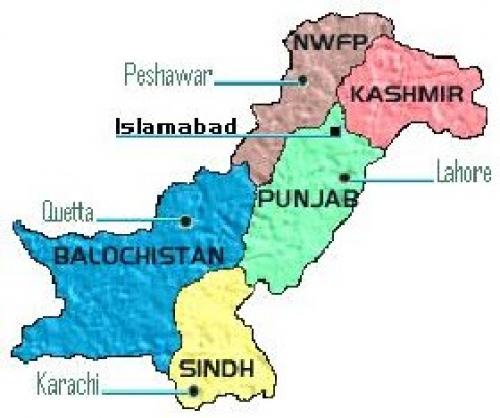 a Pakistani court sentenced 11 militants to death for an assassination attempt on Lieutenant General Ahsan Saleem Hayat in 2004 in which 11 people were killed. The militants belonged to Jund Allah (God's Brigade) a group accused of having links with al-Qaeda.
Lawyers for the 11 defendants said they would appeal against the verdict.
The BBC's Zaffar Abbas in Islamabad said the attack was the deadliest against any Pakistani military commander since a failed attempt to assassinate President Pervez Musharraf six months earlier.
The sentence was read out in a crowded special anti-terrorism courtroom in Karachi. "The prosecution has proved its charges against you and the court is convinced," Judge Feroz Mehmood Bhatti was quoted as saying.
The defendants raised their arms and chanted "Allahu Akbar" (God is great) when the verdict was announced.
The leader of the group, Attaur Rehman, rejected the judgement.
"That court was fake, it had no power," he said.
Gen Hayat escaped unhurt after the gun attack on his motorcade in the upmarket commercial district of Clifton, Karachi.
Eyewitnesses said the gunmen fired from two different directions as the military convoy passed by.
Six soldiers and three policemen were among the 11 people killed.
Members of Jund Allah were said to have trained at an al-Qaeda base near Wana in the South Waziristan area of Pakistan's rugged north-west frontier, bordering Afghanistan.