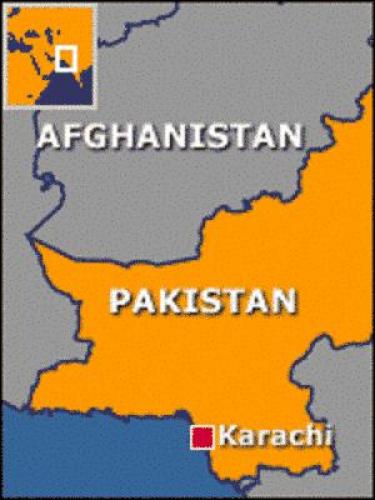 a Pakistani anti-terrorism court sentenced five militants from an Al-Qaeda-linked group to death for a 2002 attack on a prison van which killed a policeman and a prisoner.
The five members of the feared Lashkar-e-Jhangvi organisation were also fined by the court in the southern city of Karachi, public prosecutor Mazhar Qayyum said.
"The court has awarded the death sentence and a fine for murdering a constable and a prisoner and other charges to all the five, who are activists of Lashkar-e-Jhangvi," Qayyum said.
The convicts -- Faisal Pehlwan, Sabir Waseem, Mazhar-ul-Hasan, Mohammad Muzzamil and Malik Tassaduq -- were charged with attacking a prison van carrying an alleged senior member of the group named Dildar.
"In the bid to get Dildar free, there was a fierce encounter with the police which also inflicted injuries to five other people," Qayyum said. The court also sentenced all five to 10 years of "rigorous imprisonment" for injuring five other people during the gun battle. Lashkar-e-Jhangvi was regarded as Pakistan's fiercest Sunni Muslim extremist outfit.