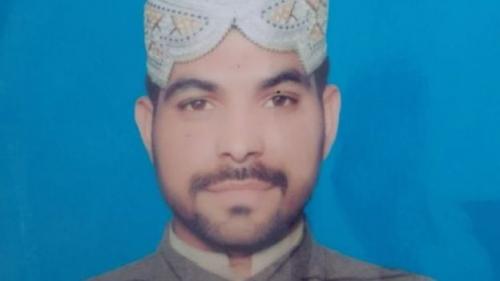 Pakistan on 17 October 2018 hanged a man convicted for the rape and murder of six-year-old Zainab Ansari in January.
Imran Ali, who was arrested after her body was found in a garbage dump, was executed in Lahore's Kot Lakhpat prison, police said.
After he was sentenced to death for raping and murdering Zainab, Imran Ali was convicted for similar crimes against six more girls.
Zainab disappeared on 4 January and her body was found five days later in a rubbish dump.
On 23 January, 24-year-old Imran Ali was arrested through a DNA match. He was sentenced to death in February for Zainab's rape and murder.
His appeals against the verdict failed and earlier this month President Arif Alvi rejected a plea for clemency.