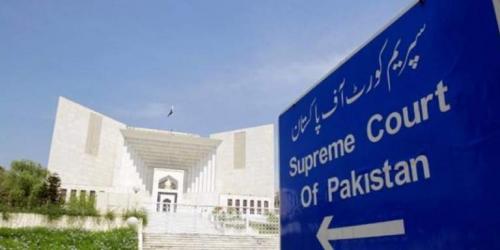 The Lahore High Court (LHC) on 11 October 2018 acquitted Chaudhry Abid Raza (PML-N MNA) and three others in a murder case.
A two-member LHC division bench comprising Justice Sardar Shamim Ahmad and Justice Shehbaz Rizvi was hearing the case. The PML-N MNA had won NA-107 Gujrat 4 election during the May 2013 general elections. He was awarded death penalty by an anti-terrorism court (ATC) in 2003. However, Raza was acquitted after the families of the deceased forgave him on the basis of compromise. A trial court had sentenced Raza in 1999 under Section 302 of the Pakistan Penal Code and Section 7 of the Anti-Terrorism Act (ATA) for murdering six people. The conviction was challenged before the LHC but was dismissed when both parties reached a compromise. The death sentence was revoked in 2003 by a division bench. In 2016, the Supreme Court suspended the 2003 judgement and remanded the case to the LHC. Last month, the LHC bench that was hearing the case, had appointed a criminal law expert as amicus curiae (friend of court) to decide whether an offence under Section 7 of the ATA was compoundable (reconcilable). During today's hearing, the MNA's lawyer had argued that Raza was acquitted after an agreement with the complainant.
The state lawyer, however, said that a compromise deed did not hold in a terrorism case and urged the court to reinstate the trial court's verdict that was issued in 1999. Chaudhry Abid Raza was convicted in the murder case of six people during an assassination bid on former Gujrat Tehsil Nazim and ex-MPA Ghulam Sarwar Bhooch back in 1998.