SAINT LUCIA JUSTICE MINISTER: ‘WE SHOULD USE THE DEATH PENALTY’ 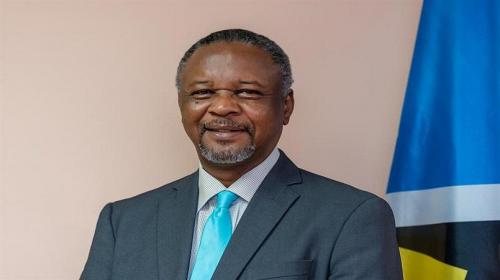 Justice and National Security Minister, Senator Hermangild Francis has said that the death penalty should be used in Saint Lucia, considering it remains on the law books, the Loop reported on 31 March 2021.
“It is in our books, and I am saying if it is on our books, we must utilize it,” said Francis.
The last execution in Saint Lucia took place on 17 October 1995, with the hanging of convicted murderer Joseph Solomon.
Solomon was executed with another prisoner acting as hangman. It was the first execution in Saint Lucia since 1986.
Now, some members of society have called for the death penalty to be used again on the island, arguing that it serves as a deterrent for serious crimes.
While there is no concrete evidence to support that theory, Francis said the law is the law.
“That is what our law provides, and if we are law-abiding citizens, that is what we should do,” Francis said, declaring that the Criminal Code of Saint Lucia makes special provisions for the death penalty.
“If you kill a police officer in the line of duty, you kill a judge; they make that exception so that it automatically becomes a capital trial which attracts the death penalty,” he added.
Currently, there are no prisoners on death row at the Bordelais Correctional Facility (BCF).
Nineteen inmates who were on death row had their sentences commuted to serve life in prison.