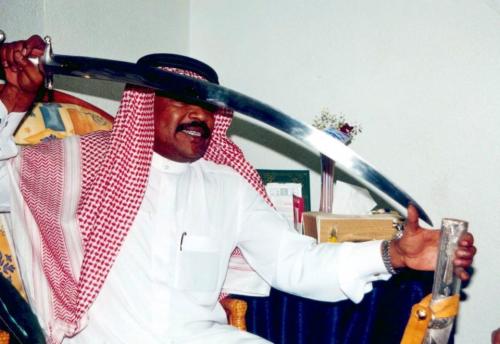 A Saudi executioner shows of his razor-sharp sword

Since 10 November 2022, Saudi Arabia has executed 17 men for what were termed drug and contraband offences, with three taking place on 21 November.
Those executed to date were four Syrians, three Pakistanis, three Jordanians, and seven Saudis.
As executions are only confirmed after they take place, the Office of the UN High Commissioner for Human Rights (OHCHR) does not have information on how many people may be on death row in the country.
However, Spokesperson for the OHCHR Liz Throssell said they have received reports that a Jordanian man, Hussein abo al-Kheir, may be at imminent risk.
Ms. Throssell stressed that imposing the death penalty for drug offences is incompatible with international norms and standards.
“We call on the Saudi authorities to adopt a formal moratorium on executions for drug-related offences, to commute death sentences for drug-related offences, and to ensure the right to a fair trial for all defendants, including those charged with such offences, in line with its international obligations,” she said.