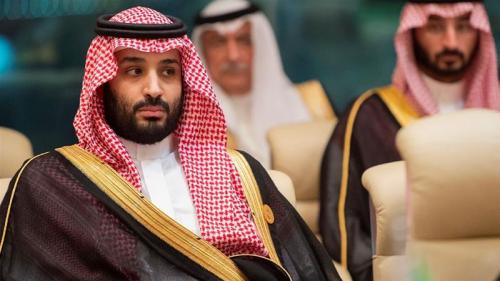 Saudi Arabia executed 184 people in 2019, the most in a calendar year in six years, human rights organisation Reprieve has said, calling it a "grim milestone" for the kingdom.
Of the executions announced by the Saudi Press Agency last year, 88 were Saudi nationals, 90 were foreign nationals and six people were of unknown nationality, a statement released on 13 January 2020 by Reprieve said.
The group said 37 people were executed by the Saudi government on a single day on 23 April including three who were children when they had committed their alleged offences.
"This is another grim milestone for Mohammed bin Salman’s Saudi Arabia. The kingdom's rulers clearly believe they have total impunity to flout international law when it suits them," said the rights group's director, Maya Foa.
Reprieve's statement noted that the Saudi crown prince, also known as MBS, had said in a televised interview in 2018: "We have tried to minimise [the death penalty] ... And we believe it will take one year, maybe a little bit more, to have it finished ... We will not get it 100 percent, but to reduce it big time."