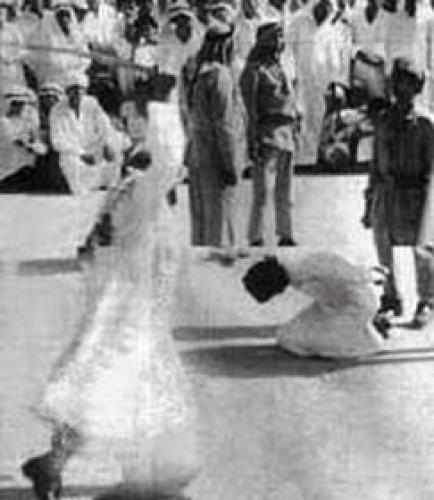 Saudi Arabia must publicly commit to ending the execution of juvenile offenders, as the UN Committee on the Rights of the Child recommended on January 27, Human Rights Watch said.
At least 126 individuals were on death row in Saudi Arabia for crimes they were found to have committed before age 18, the Saudi online news station alarabiya.net reported in November 2005, citing government sources.
Human Rights Watch had received reliable reports of children sentenced to death for crimes committed when they were as young as 13.
“Sentencing children to death disregards everything children’s rights were meant to protect,” said Lois Whitman, director of the Children’s Rights Division at Human Rights Watch. “The Saudi government should immediately commute all death sentences imposed on children.”
The Committee on the Rights of the Child monitors implementation of the Convention on the Rights of the Child and reviewed Saudi Arabia’s treatment of children on January 24-25, 2005. Using exceptionally strong language, the committee faulted the Saudi government for its practice of imposing the juvenile death penalty, calling it “a serious violation of the fundamental rights” under the convention. The committee said it was “deeply alarmed” over the discretionary power judges hold to treat children as adults in cases involving capital punishment.
In its concluding observations the committee called on Saudi Arabia “to immediately suspend the execution of all death penalties imposed on persons for having committed a crime before the age of 18, to take the appropriate legal measures to convert them to penalties in conformity with the provisions of the Convention, and to abolish as a matter of the highest priority the death penalty as a sentence imposed on persons for having committed crimes before the age of 18.”
Saudi Arabia had stated in its 2004 report to the committee that, under the shari`a (Islamic law) in force in the kingdom, it “never imposes capital punishment on persons who have not attained their majority” and that Saudi Arabian law defines a juvenile “as every human being below the age of 18.” However, during questioning by the committee, the government delegation acknowledged that a judge could impose the death penalty whenever he decided that the convicted person had reached his or her majority, regardless of the person’s actual age at the time of the crime or at the time of the scheduled execution.
“It appears that the Saudi government is not serious about honoring the commitments it has made under international human rights treaties,” said Sarah Leah Whitson, director of the Middle East and North Africa division at Human Rights Watch. “This shows the large gap between Saudi Arabia’s human rights obligations and its daily practice.”