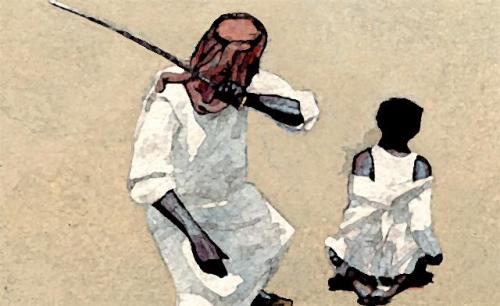 Saudi Arabia's longest-serving prisoner was put to death on 23 June 2020, following a decades-long battle for a pardon from the family of his victim, which saw his impended execution delayed.
Hadi bin Kadamah was imprisoned in 1992 for the murder of his cousin in Asir province, southwest Saudi Arabia.
He argued after he stabbed his cousin he brought him to the hospital in a bid to save his life and never intended to kill him.
Bin Kadamah's repeated pleas to his victim's family for mercy led to his 28 year detention - making him the longest serving prisoner in the kingdom, according to Saudi media.
"The dispute between us turned into an exchange of several stabs. When my cousin fell on the ground, he was still alive. I took him to the nearest medical facility in Dhahran where he succumbed to his wounds.”
On 23 June, local leader Prince Turki Bin Talal and southern tribal heads made a final appeal to the victim's family to save the life of the condemned.
The pleas and offer of blood money were rejected and bin Kadamah was put to death later on 23 June.