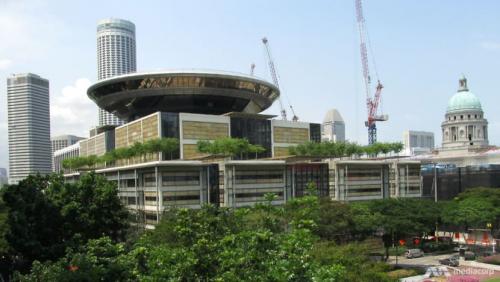 A 31-year-old man who was found with 25 packets of heroin in his bedroom in November 2018 was given the mandatory death penalty on 27 October 2022 for drug trafficking.
Shen Hanjie, a Singaporean, was charged with trafficking more than 2.65kg of a granular and powdery substance that was found to contain 34.94g of pure heroin after analysis. The law provides for the death penalty if the amount of heroin trafficked exceeds 15g.
During his trial in 2021, Shen claimed at first that he thought the drugs were cannabis and that he was merely safekeeping them for an acquaintance named “Alan” whom he had met only once in person.
In May, High Court judge Dedar Singh Gill convicted Shen, rejecting his claim that he believed that the packets contained cannabis.
Giving his decision on the sentence, Justice Gill said Shen did not qualify for life imprisonment, which is available to drug couriers who meet specific requirements.
The judge found that Shen was not a mere courier; neither was he certified by the prosecution to have substantively assisted the Central Narcotics Bureau in disrupting drug trafficking, nor suffering from a mental disorder or intellectual disability that impaired his responsibility for his acts.