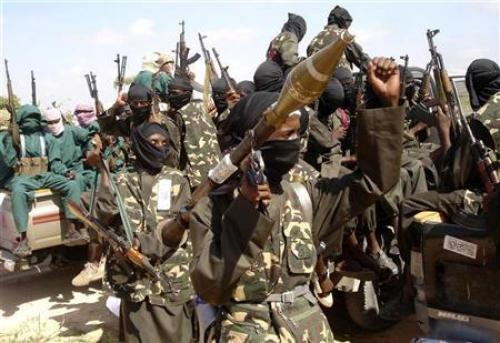 Two al Shabaab members on 24 November 2019 were sentenced to death in Somalia for being members of the terror organization as well as for conspiracy to assassinate leaders of Sufi-sect in Guri-El town. The two have been identified as Mohamed Abdi Abdirahman and Ali Dhubad Nure Siyad.
Mohamed Abdi Abdirahman was the would-be bomber captured in Guri-El town before detonating his suicide vest at a Sufi gathering. He was arrested before setting off the bomb that targeted a gathering of leaders paying tribute to fighters who had fallen while fighting against al Shabaab. Ali Dhubad Nure Siyad was charged for conducting the surveillance and helping Abdirahman access the gathering.