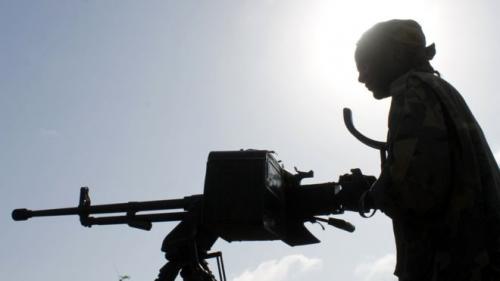 Somalia’s al Shabaab Islamists on 9 October 2018 shot five men in a public execution, including a Somali British citizen accused of spying.
“Five of them were publicly shot to death this afternoon after they admitted espionage before the court,” said Mohamed Abu Abdalla, al Shabaab’s governor for the Jubba regions.
The five were identified as Abdi Casiis Abdi Salim Sheikh Hassan, 22, Mohamed Abdullahi Awil, 35, Abdullahi Nur, 36, Awale Ahmed Mohamed, 32 and Abdillahi Yaqshid Amin.
“Awale Ahmed Mohamed, 32 spied for MI6 and he came from Britain to Somalia to establish Islamic State,” he told Reuters late on 9 October. Three of the men spied for the United States and helped guide drones to carry out strikes in Somalia, while a fourth spied for the Somali government, he added.