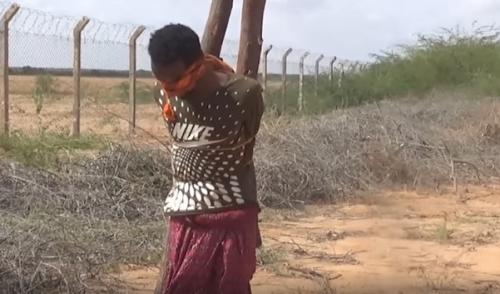 A court in Baidoa town on 7 June 2022 executed a man for killing a businesswoman and then dumping her body in a sewage hole in his house.
Family members found the woman’s body on 5 June.
The court ruled that Hassan Mohamed Hassan, aka Goomey, stabbed Amina Mohamud to death in Baidoa, the interim capital of Southwest State.
Officials from the Southwest, army officers, relatives of the deceased, and the perpetrator were present at the courthouse, where the deceased's family and her children demanded execution.
After the verdict was read, security forces carried out the death sentence with a firing squad.
The Minister of Justice of the Southwest State of Somalia, Sheikh Hassan Lugbuur, said that anyone who commits a crime would be brought to justice.