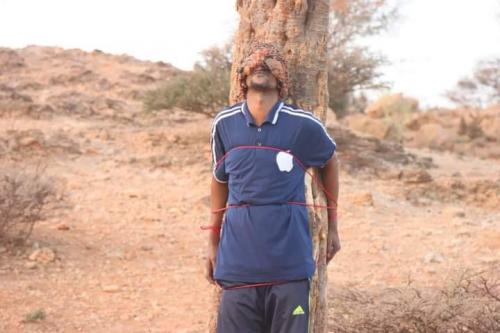 A former Somali National Army officer was executed by firing squad on the morning of 11 January 2022 for killing a civilian in Belet Xaawo district in Gedo region.
Confirming the order, the Deputy Attorney General of the Court Martial, Division 27, Major General Mohamed Abdulkadir Mohamed, said that Abdikadir Farah Dhaqane (Nune) was found guilty of killing the unarmed civilian and that he had been sentenced to death this morning.
ùAbdikadir Farah Dhaqane (Nune), was executed for killing the late Mowlid Bashe Omar, who was formerly operating a car mechanic in Beledhawo town.
Present to witness the execution were officers attached to the 27th Division of the Court Martial, relatives of both the slain soldier and the deceased civilian and members of the public.