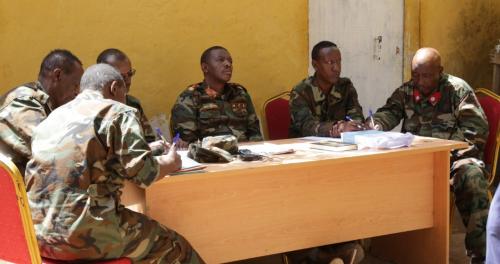 Somali Military Court in Baidoa town on 18 August 2019 upheld death sentence against three members of armed forces for murder.
The statement by the military Court said the three soldiers committed the crime deliberately and killed two people in Southwest State.
Abdiwahid Ali Sheikh and Hussein Ali Moalin, who are attached to southwest forces were found guilty of deliberately killing Muhyadin Mohamed Abdirahman in Baidoa town.
The two were previously slapped with a death sentence after the first-degree court of armed forces found them guilty in 2018.
They sought appealed but the court upheld the ruling.
The third convict who is a member of the state security forces is said to have killed Mohamed Ali Mohamed.
The first-degree court had previously sentenced him to a death sentence and army’s tribunal court okayed the ruling.