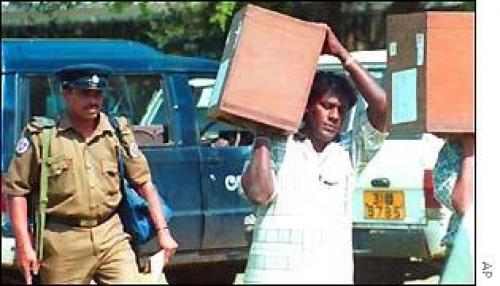 Those killed were escorting ballot boxes for counting

Sri Lanka's High Court cleared a former deputy defence minister and his two sons over the killing of 10 men but handed down death penalties to five soldiers who were involved.
The three-judge bench found former minister Anuruddha Ratwatte and his sons not guilty of killing the 10 supporters of a rival political party on the day of parliamentary elections on December 5, 2001.
The five condemned men, all soldiers who were providing security to Ratwatte, were also given 100-year jail terms for other charges of unlawful assembly, election violence and obstructing voters.