TAIWAN: ARCHER SENTENCED TO DEATH FOR MURDER OF WOMAN IN TAIPEI'S HUASHAN GRASSLAND 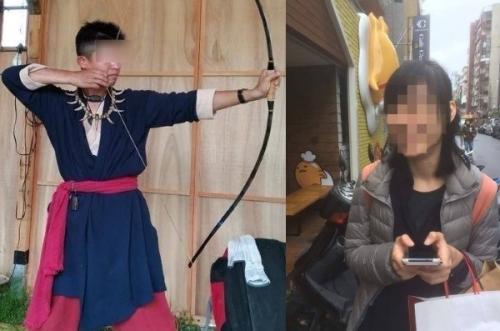 An archery instructor has been found guilty of murdering his female student and dismembering her into 13 pieces and has been sentenced to death.
After meeting with an archery teacher to discuss art at Taipei's Huashan Grassland, a woman went missing for over two weeks, only for the instructor to later confess to strangling her, dismembering her body into 13 pieces and dumping them on Taipei's Yangmingshan.
A 30-year-old woman surnamed Kao and a 37-year-old archery teacher surnamed Chen recently out a space at the Huashan Grassland in Taipei to hold classes that he called Yejucaotang. On May 31, 2018, after a class had ended, only Kao and Chen remained at the venue late that evening.
After the others had left, Chen claims that Kao had become drunk after only having consumed two beers, and she went back with him to his cabin to lie down at 12:30 a.m. on June 1. However, police suspect that Chen had either added Kaoliang wine to her beers or spiked them with drugs to make her more compliant, reported the Liberty Times.
Chen tried to make a sexual advance towards Kao, but she rejected him. Angered by her rejection, Chen later admitted to police that he planned on waiting until she dozed off to try sexually assaulting her.
Kao woke up as Chen tried to molest her, and she put up a fierce struggle. Chen said that he then placed his hands on her neck and strangled her to death at around 4:00 a.m. on June 1, reported Apple Daily.