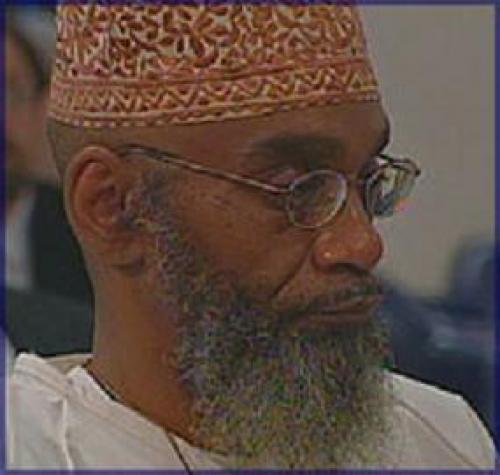 the Tennessee Supreme Court unanimously rejected claims that the three-drug combination used to execute killers can cause extreme pain in violation on the Constitution's ban on cruel and unusual punishment.
Lawyers for Abu-Ali Abdur'Rahman, who was sentenced to die by lethal injection for the 1986 beating death of a Nashville drug dealer, had sought to change the state's method of execution.
Abdur'Rhaman's lawyer, Bradley MacLean, said he will appeal. The U.S. Supreme Court has never found a specific form of execution to be unconstitutional.
Like many states, Tennessee uses a three-drug mixture in lethal injections. First, an anesthetic puts the inmate to sleep. The second drug, Pavulon, paralyzes the muscles, and the third, potassium chloride, stops the heart.
The inmate's lawyers argued that the anesthetic could fail to work, and the Pavulon could then mask the signs, leaving the inmate in extreme pain without the ability to cry out.
Lawyers for the state of Tennessee said that inmates are unconscious in seconds and die painlessly within five minutes.
The procedure has been used only once in Tennessee, when Robert Glen Coe was executed in 2000. It was the state's first execution in 45 years.
MacLean recommended that the method be changed to a single lethal injection of a sedative.

DEATH PENALTY: HANDS OFF CAIN, TRUMP RETURNS AMERICA TO THE PAST

The association Hands Off Cain - Spes contra spem thus commented on the news of the resumption of federal executions in America.

After the Supreme Court of the United States stepped in, Daniel Lewis Lee was executed on July 14, 2020 morning by lethal injection at the U.S. Penitentiary in Terre Haute, Indiana.

According to Iran Human Rights, a prisoner was executed in Kermanshah Central Prison on the morning of 12 July 2020.

Death row inmates will soon be required to wear a hood when they are being executed to make the job of the executioner less traumatic, according to new rules announced by the Ministry of Justice (MOJ) that will take effect on 15 July 2020.

According to the HRANA news agency, a man was executed in Gorgan Central Prison on the morning of 9 July 2020. The identity of the prisoner has been established as Baset Seyedi, 43, from Bandar Torkaman.