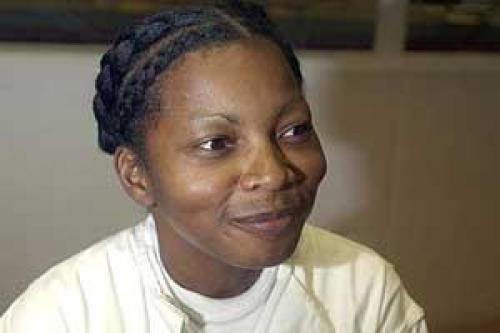 Frances Newton, a woman convicted of killing her family, became the first black female to be executed in Texas since before the US Civil War after last-minute legal and political pleas to save her failed.
Newton, 40, died by lethal injection for the April 1987 shooting deaths of her husband and two children. Prosecutors said the motive was $100,000 in life insurance but Newton blamed the killings on an unknown drug dealer. The main evidence against Newton was repeated ballistics testing of a pistol she allegedly hid under a house that showed the gun was used to kill her family. Gunpowder residue was also found on her skirt.
Newton's lawyers disputed the gunpowder tests, saying the residue also could have come from common garden fertilizer. They also claimed police found another weapon in the abandoned house, clouding whether the one she hid was the murder weapon.
Prosecutors say there was only one gun. The lawyers also blamed her former court-appointed attorney, saying he conducted no investigation, had little contact with her and had not subpoenaed any witnesses for the defense by the time her trial began. Newton was the 13th person executed in Texas this year. She declined to make a final statement or a last meal request. The state has nine more executions scheduled so far for 2005, including six in November. Newton is the fifth woman known to have been executed in Texas. A black slave named Lucy is thought to have been the first in 1858. Two female murderers, both white, have been put to death since Texas resumed executions in 1982 after a brief national ban on capital punishment imposed by the US Supreme Court.
"For a long time I believed in the death penalty. But now I know that the system can't be trusted to be right. I've been wrongly accused, wrongly convicted," Newton told the Houston Chronicle in an interview.