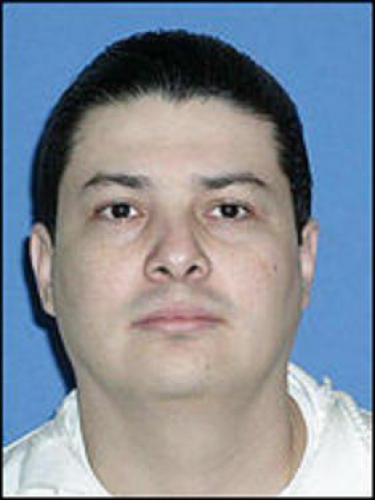 Jaime Elizalde Jr., was put to death by lethal injection for the 1994 murders of two men outside a Houston cantina. Elizalde, 34, was condemned for shooting Juan Saenz Guajardo, 29, and Marcos Sanchez Vasquez, 33, on November 5, 1994.
Eyewitnesses testified during Elizalde's trial that he shot the two men after they came outside in response to a summons by Elizalde's father. Elizalde protested his innocence throughout his trial and in interviews since being condemned for the murders.
Attorneys for Elizalde filed petitions on his behalf with the human rights commission of the Organization of American States, which called on US and Texas authorities to stay Elizalde's execution.
While strapped to a gurney in the death chamber, Elizalde thanked friends and family for their support while he has been in prison. He also spoke to the 408 Texas prisoners awaiting execution.
"The guys back there waiting, keep the faith and stay strong and put your faith in the Lord," he said.
"Many times in life we take the wrong road and there are consequences for everything. Mistakes are made, but with God all things are possible. So put your faith and trust in him," Elizalde said.
"We talk about a reprieve or stay from the Supreme Court, but the real Supreme Court you must face up there and not down here," he said. "Keep your heads up and stay strong. I love you all. That is it. Stay strong. Thank you."
Elizalde was the second person executed in Texas this year. Texas leads the nation with 357 people put to death since the state resumed capital punishment in 1982, six years after the U.S. Supreme Court lifted a national death penalty ban.
Texas, which executed 19 people in 2005, has 12 more executions scheduled, so far, for 2006.