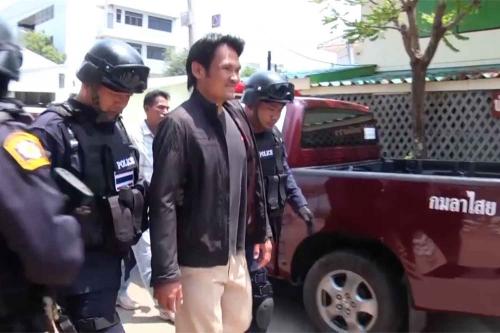 The Supreme Court on 11 February 2020 upheld the death sentence passed by the two lower courts on a former village headman for the murder of a teenage schoolgirl in Kamalasai district in 2015.
On 23 December 2015, Ruadeewan Polprasit, an 18-year-old known as "Nong Snow", was returning home on a motorcycle when she was attacked by a man who followed her on another motorcycle.
The attacker kicked her motorcycle, causing it to fall to the ground, and tried to rape her. The girl fought back and was able to free herself after being badly hurt. She died later of her injuries.
Krittidech Rawengwan, a former village chief of Ban Si Than in Kamalasai district, was arrested on 4 April 2016 for attempted rape and murder.
He was indicted in the Kalasin Provincial Court on 4 June 2016.
On 30 March 2017, the provincial court found him guilty, citing solid forensic evidence, and sentenced Krittidech to death. He was also ordered to pay 2.39 million baht compensation for damage. Krittidech appealed.
The Appeal Court on 17 July 2018, upheld the lower court's ruling. The defendant took the case the Supreme Court.
On 11 February, the Supreme Court upheld the death sentence for Krittidech.