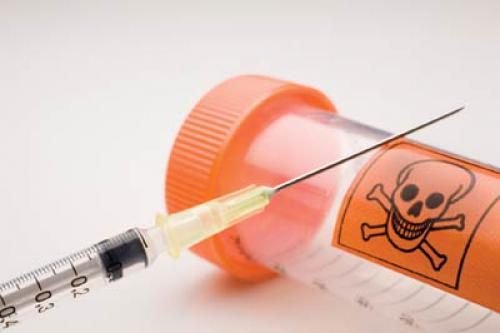 Thailand has executed its first prisoner since 2009, the Department of Corrections said, a move the human rights group Amnesty International condemned as a “deeply misguided” effort to reduce crime.
Theerasak Longji, 26, was executed by lethal injection at Bang Kwang Central Prison north of Bangkok on June 18. He was found guilty of murdering a 17-year-old boy in 2012, the department said.
He was the seventh person to be executed by lethal injection since Thailand introduced the method in 2003 to replace execution by firing squad. Before Monday, the last people executed were two Thai drug dealers in 2009.
“This is a deplorable violation to the right of life,” Amnesty’s Thailand campaigner Katherine Gerson said of Theerasak’s execution.
She said Thailand had reneged on a commitment to move towards abolishing the death penalty and was out of step with a global shift away from capital punishment.
“There is no evidence that the death penalty has any unique deterrent effect, so the Thai authorities’ hopes that this move will reduce crime is deeply misguided,” Gerson said.
“The Thai government must immediately halt any plans to carry out further executions,” she added.
Narat Sawettanan, director-general of the Department of Corrections, declined to comment when contacted by Reuters.
Prime Minister Prayuth Chan-ocha told reporters that surveys showed most Thais were in favour of capital punishment.
“We have many dangerous crimes … it is a necessity and the will of the people,” Prayuth said.
Thailand has some of Asia’s most crowded prisons, with most inmates jailed for drug offences. Various governments have had little success in tackling overcrowding.
Thailand has 361,030 prisoners, 520 of whom are on death row, according to data from the Department of Corrections.
Capital punishment can be applied to 35 crimes in Thailand, including murder and drug trafficking.