THE PHILIPPINES. EIGHT MEN SENTENCED TO DEATH FOR KIDNAPPING 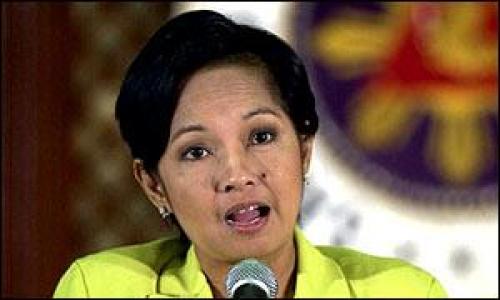 the Manila Regional Trial Court, the Philippines, imposed a death sentence on eight men after finding them guilty of kidnapping a 12-year-old Chinese-Filipino student and his maid on March 15, 1999.
Those sentenced to death were Tranquilino Martinez, Venancio Untalan, Christopher Baylon, Thea Po, Arcadio Marbit, Eduardo Delgado, Renato Corpuz and a man identified as Nestor. Untalan was also convicted of raping the maid.
Judge Manuel Barrios said he was imposing the death sentence since the anti-death penalty bill passed recently by Congress had not yet been signed into law by President Gloria Macapagal-Arroyo.
Barrios, however, said the sentence "shall be modified accordingly in the event of the subsequent approval and affectivity of that law."
According to court records, the kidnap gang barged into a Chinese temple and robbed the place before seizing the son of its caretaker and the family's maid. The kidnappers demanded a 10 million peso ransom but later agreed on 150,000 pesos. Police arrested one of the men during the payoff five days later leading to the arrest of the other accused and to the victims’ rescue.