TUNISIA: PRESS RELEASE ON THE TRAINING FOR JUDGES AND PRISON ADMINISTRATION STAFF ON HUMAN RIGHTS AND THE DEATH PENALTY 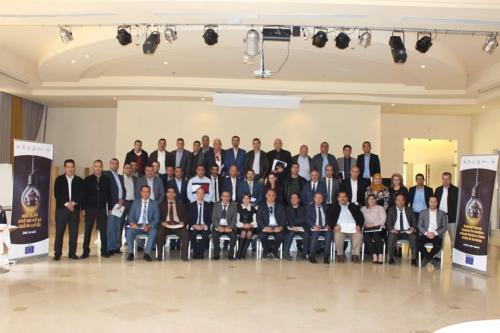 The Arab Institute for Human Rights has organized a training session in Hammamet, on 20 and 21 April 2019, for judges and representatives of prison institutions on the role of the judge and the prison administration between human rights and the death penalty, with the participation of 25 judges and 21 prison wardens from different Tunisian regions. The session ranged from plenary sessions to workshops and working groups on issues such as the role of the judge and the prison administration in the reduction of capital punishment and the treatment of those sentenced to death. In addition, the preliminary results of the field study on “Those sentenced to death in Tunisian prisons” were presented and discussed.
The session is part of a series of activities as part of a regional project to reduce the death penalty during the war on terror (Egypt, Somalia and Tunisia) in partnership with Hands off Cain, the Arab Organization human rights and the Somali Women’s Agenda in cooperation with the International Commission of Jurists and with the support of the European Union.