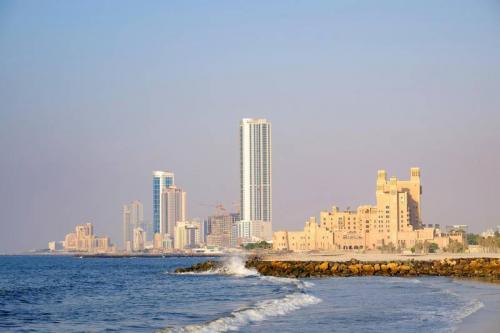 An African man has been sentenced to death for murdering his roommate by stabbing him in the chest and heart, Khaleej Times reported on 13 March 2022.
The sentence was handed out by the Misdemeanour Court in Umm Al Quwain, who accused the 35-year-old of killing his 45-year-old compatriot.
Case details revealed that the duo shared a room in a rented house in Umm Al Quwain's Al Hamra District, which they shared with other residents of the same nationality.
One of the residents, who was witnesses to the murder, revealed that the accused was disturbing the victim while talking to his wife on the phone, which led to an argument between the two of them.
The victim then hit the accused in the face and injured his nose and the accused retaliated by stabbing him twice, he added.
The accused tried to run away after the crime but was restrained and tied up by other tenants as they awaited the arrival of the police.