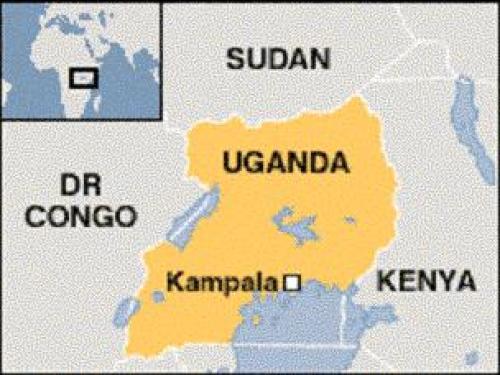 the way executions are carried out in Luzira Upper Prison, Uganda, has a devastating effect on both the prison personnel and the other death row inmates, a report by the International Federation of Human Rights (FIDH) said. The report said executions in Luzira Prison were organised in a manner that spread fear and terror in the condemned section where death row inmates were kept and where the executions took place. The report titled: Challenging the Death Penalty, gave a chilling account of how executions were carried out in Luzira. Dr. Richard Wild, a senior lecturer on criminology at the University of Greenwich in London, carried out the research whose findings he presented in Kampala as part of the activities to mark the World Day Against the Death Penalty. "The execution chamber at Luzira, the only place where executions are carried out in Uganda, is capable of hanging three prisoners at a time. "The prisoners can be led singly or in threes, supported by prison warders. At the execution chambers, the prisoners' legs are tied up and the noose pushed over their heads to their necks. At the back of the prisoners' heads, the noose is tightened, cutting off their breathing. The metal loop is normally on the right-hand side of the prisoners necks so that when they drop, the loop would be directly under their cheeks and it would break the cervical bone, killing them instantly," the report said. "The prisoners are put atop a table. The table is designed to open at the bottom when a certain gear-like lever is pressed. The aim is to place the noose around the prisoners head, press the lever so that the table opens at the bottom and let the prisoner hang from the neck until he is dead," the report added.

It quoted a death row inmate identified as Mugerwa Nyansio as saying, "I recall the day when the prison warders stopped in front of my cell and called out three of my roommates. They took all of them, one at a time. They were dragged crying, screaming, screeching, shrieking and squawking. I watched as three fellow inmates with whom I shared my days and nights were taken away to be executed and I was left alone in the cell."