UK: ASSANGE WILL NOT BE EXTRADITED TO ANY COUNTRY WITH DEATH PENALTY 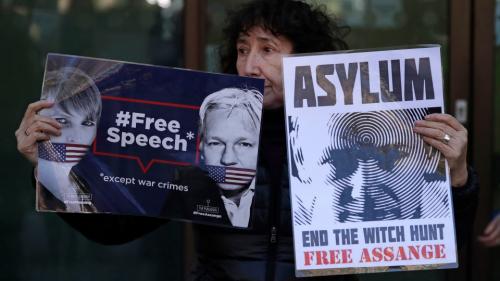 UK Minister of State for Europe and the Americas Alan Duncan has reaffirmed that WikiLeaks founder Julian Assange would not be extradited to “anywhere where he could face capital punishment”, the independent Spanish news agency EFE reports.
The news outlet quoted Duncan as saying during a joint press conference with Ecuadorian Foreign Minister Jose Valencia that a relevant agreement on Assange’s extradition was clinched earlier this month and that London is concerned about his health.
Duncan’s statement comes after he pointed out in April that the UK would not extradite Assange to the US if he faces the possibility of the death penalty there.
“It is our broad policy in all circumstances, so it equally applies to Julian Assange, that he will not be extradited if he is going to face the death penalty. So that will apply to him”, the British diplomat told Sky News at the time.
In the UK, a decision on extradition is taken personally by the country’s Foreign Secretary who, however, sticks to regulations stipulated by European and British law.
Under the UK legislation, “extradition is prohibited by law if a person faces death penalty (if the minister does not receive due written guarantees that this person will not be sentenced to death, or if convicted, this sentence will not be carried out)”.