UK - Professor Roger Hood, one of the founders of the international movement for the abolition of the death penalty, passed away. 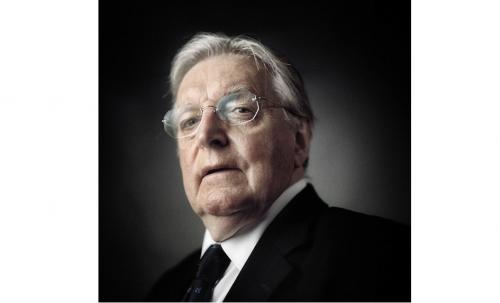 Professor Roger Hood CBE, QC (Hon), PhD, DCL, LLD (Hon), FBA, one of the founders of the international movement for the abolition of the death penalty, known for his immense contributions to the international discipline of criminology, passed away on November 17, 2020. He was 84-years old.
Until his retirement in 2003, Hood was Professor Emeritus of Criminology at the University of Oxford and Emeritus Fellow of All Souls College, Oxford.
Roger Hood graduated from the London School of Economics with a degree in sociology. He went on to complete a Ph.D. at the Cambridge Institute of Criminology and studied as a Doctor of Civil Law at the University of Oxford and an Emeritus Fellow of All Souls. From 1973 to 2003, he was Director of the Oxford Center for Criminology, and from 1987 to 1989, he served as the President of the British Society of Criminology. He received the Sellin-Glueck Award of the American Society of Criminology for “Distinguished International Contributions to Criminology” (1986), the Cesar Beccaria Medal from the International Society of Social Defense (2011) and the ESC European Criminology Award in (2012) recognizing his lifetime contribution as a European criminologist.
He was a man of high principle and unimpeachable integrity, an antiracist before the term had been invented, and a fierce opponent of the death penalty, a cause which absorbed much of his time after his supposed retirement in 2003. Throughout his long and distinguished career, Roger believed that criminology should not only be an academic discipline but also a resource to be deployed in the struggle for both legal and social justice.
Until his last weeks, he remained energetic, vigorous and fully engaged, still researching and writing, and making invaluable suggestions for current and future projects through his longstanding and fruitful relationship with the Death Penalty Project in London.
Professor Hood worked until the very end, with his most recent work focused on the death penalty in the Caribbean. He spent nearly two decades working with Saul Lehrfreund and Parvais Jabbar at the Death Penalty Project in London, designing and conducting research to challenge assumptions about the death penalty and providing empirical data to help bring about reform and abolition around the world through litigation and policy engagement. He published with Florence Seemungal between 2006 to 2011 three empirical studies on the mandatory death penalty in Trinidad. In 2013 he also reported on public opinion on the mandatory death penalty in Malaysia and was subsequently appointed to be consultant to Malaysia’s Attorney-general. Hood was also a consultant to the United Nations on capital punishment, which led to the publication of The Death Penalty: A Worldwide Perspective. He traveled widely, lecturing on the human rights case for global abolition in China, India, Taiwan, Japan, Singapore, Vietnam, Uganda and Pakistan.
During his retirement, he continued to actively engage with the subject of criminology. He held visiting professorships at several international institutions, including the University of Virginia and Hong Kong University. He was appointed CBE, for services to the study of criminology, Honorary QC, and Hon Ll.D by Birmingham and Edinburgh Napier universities. In ‘short-course’ seminars and his role as visiting professor, Hood advocated for the universal abolition of the death penalty.
As he encouraged young scholars and worked with new colleagues, his students and colleagues easily became some of his closest friends. Hood believed in the power of criminology not only as an academic discipline, but also a resource to turn to in the face of legal and social justice. He was a faithful friend to his students, colleagues and circle of contacts globally, and a devoted husband. He was also a loving father, stepfather, uncle, grandfather and great uncle. In his professional, academic and personal circles, Roger Hood was “a man of high principle, unimpeachable integrity, and an antiracist from an early age”.