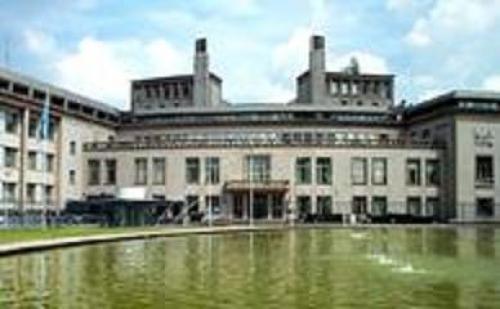 The UN Tribunal for the former Yugoslavia - The Hague

the U.N. war crimes tribunal in The Hague decided to transfer to Croatia the cases of two generals charged with killing Serb civilians in 1993, the first such referral to Croatia by the court.
The tribunal said in a statement judges were satisfied that all requirements had been met including those relating to the protection of witnesses, a fair trial for the accused, and the assurance that the death penalty could not be imposed.
Croatian Generals Mirko Norac and Rahim Ademi are charged with killing Serb civilians in a 1993 government offensive against rebel Serbs.
Ademi surrendered to The Hague tribunal in 2001 and is currently on provisional release awaiting trial.  Norac was sentenced to 12 years in prison at a landmark trial by a Croatian court for a separate atrocity against Serbs and is in custody in Croatia. In May, the tribunal asked Bosnia to try a man suspected of war crimes, the first time it had transferred a case to a national court.
Under pressure to close by 2010, the U.N. tribunal wants to refer several mid- and low-ranking cases to national courts so it can focus on major suspects. However, it decided in July not to hand over a case concerning the 1991 Vukovar massacre for trial in Croatia or Serbia after rival bids to stage the proceedings stirred strong feelings in both countries.