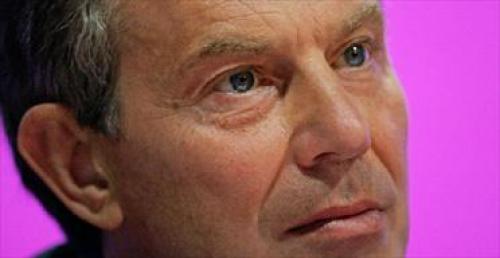 British Prime Minister Tony Blair said he "strongly" opposed the death penalty but warned it was wrong to equate the human rights situtation in the US with that in countries such as China simply on the grounds of the number of executions carried out.
Answering a weekly session of questions in parliament a day after the controversial execution in Califoria of former gang leader Stanley "Tookie" Williams, Blair said: "There is a difference between Europe and America on this issue.
"There always has been and always will be as long as the death penalty remains in the USA," he said when asked whether he was aware that 97 percent of the world's executions took place in China, Vietnam, Iran and the United States.
"I would just say... when he (his questioner) puts the USA alongside China and Iran and so on, that it's just worth pointing out that the rule of law applies in the USA," he said. "Although I strongly disagree with the death penalty, I think if we're looking for human rights abuses it is sometimes right to look elsewhere at severe human rights abuses that happen around the rest of the world, particularly in countries like North Korea, where we actually never hear any protests at all."