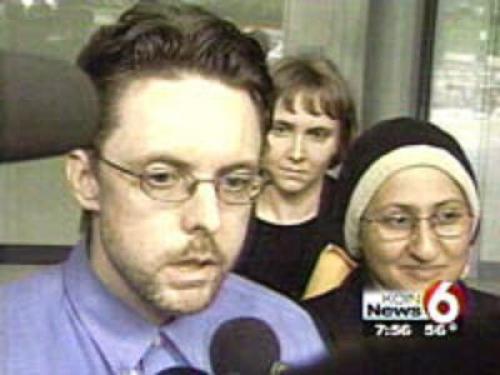 the FBI is reviewing the cases of all state and federal prisoners scheduled for execution to determine whether bureau fingerprint examiners made errors that led to death sentences.
The monthly reviews were first disclosed in a Justice Department report released on January 6. They began 18 months ago, after FBI examiners mistakenly matched a print found near the site of terrorist bombings in Madrid to a lawyer in Portland, Oregon, said Joseph DiZinno, the FBI's deputy assistant director for forensic analysis.
The lawyer, Muslim convert Brandon Mayfield, was held as a material witness in the bombings for two weeks. He was released after Spanish police matched the print in Madrid to an Algerian linked to Muslim terrorists.
The episode embarrassed the FBI. It prompted the bureau to focus on fingerprint analyses it had done in death penalty cases, out of concern that an error could lead a wrongful execution. Since the reviews began, the FBI has examined at least 92 death penalty cases and found 10 in which it had analyzed fingerprints, DiZinno said. No error has been found, he said. The FBI is continuing to examine death row inmates' convictions at least a month before their scheduled executions, DiZinno said. Nine inmates across
the USA are scheduled for execution later this month, according to the Death Penalty Information Center. There are more than 3,000 death-row inmates across the nation, but it's unclear how many of their cases involved fingerprint analysis.