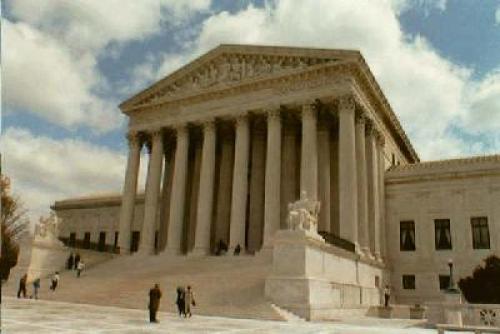 The US Supreme Court

the US Supreme Court stayed the execution of Michael Taylor, an inmate in the midwestern state of Missouri who has argued that lethal injection amounts to cruel and unusual punishment. The split decision was taken on the same day that newly appointed Supreme Court Justice Samuel Alito began his first day at work. Taylor who was set to be executed at midnight (0500 GMT), US news media reported. Alito voted with the majority in turning down a request by Missouri authorities to carry out the execution. An appeals court will now rule on Taylor's argument that lethal injection constitutes cruel and unusual punishment in violation of the US constitution.
Two Florida death row inmates in separate cases in January had their executions stayed by arguing that lethal injections may be inhumane.
The Supreme Court did not rule on the legality of lethal injection, just on whether Taylor can challenge the method in court.