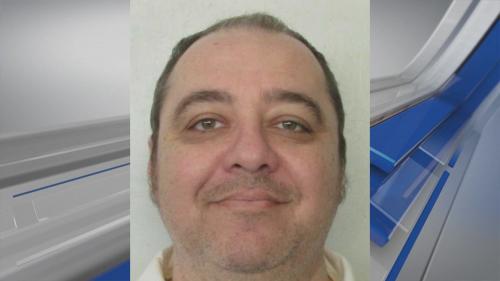 Alabama Tries and Fails to Execute Kenneth Smith
Kenneth Smith’s November 17 execution was halted after Alabama officials spent an hour trying to set intravenous lines for the lethal injection drugs. John Q. Hamm, the commissioner of Alabama’s prisons, said at a news conference that prison officials determined that they could not insert a 2nd, necessary line before the death warrant expired, and at 11:21 p.m. temporarily called the execution off. He said the people attempting to carry out the execution had tried to insert a line into “several locations” without success.
The episode was strikingly similar to the other case, in September, in which officials sought to execute Alan Miller but were unable to insert a line into his veins before his death warrant expired. Following that attempt, Mr. Miller’s lawyers had described him as the “only living execution survivor” in the United States, a group that Mr. Smith has now joined.
Earlier, in July, Alabama had executed a 3rd man, Joe Nathan James, after struggling for hours to access his veins and apparently slicing into one of his arms in what is known as a “cutdown.” The account of that execution has served as the basis of several appeals by death row prisoners in the state.
And in 2018, executioners in Alabama struggled for hours to insert an IV line into Doyle Lee Hamm, ultimately giving up the effort about half an hour before his death warrant expired. He was the third death row inmate in the U.S. to survive a botched lethal injection attempt; he died of natural causes in prison last year.
Many death row prisoners are middle-aged or older by the time their executions are scheduled, which can make it harder to find suitable veins than it might be in a young adult. States other than Alabama have had similar problems inserting IV lines.
Executioners in Arizona made an incision in a condemned man’s groin area earlier this year to insert a line after they were unable to access veins in his arms. On Wednesday, prison officials in Texas had to alter their usual protocol to execute a prisoner with a disability who could not fully extend his arms, ultimately spending about 30 minutes to gain access to a vein in his neck.
In Mr. Smith’s case, his lawyers had successfully persuaded an appeals court to halt the execution earlier on Thursday so that they could argue that Alabama's problems inserting intravenous lines could lead Mr. Smith to suffer an illegally “cruel” death. But the U.S. Supreme Court overturned that action, clearing the way for the execution in an order with no explanation. The order noted that the high court’s three liberal members — Sonia Sotomayor, Elena Kagan and Ketanji Brown Jackson — had voted to uphold the appeals court’s temporary stay.
Even before then, the planned execution of Mr. Smith, 57, had been unusual.
A jury had convicted Mr. Smith for the 1988 murder of Elizabeth Dorlene Sennett, finding that Ms. Sennett’s husband, a pastor, had paid Mr. Smith to kill her. In the sentencing phase, the jurors voted 11 to 1 to spare Mr. Smith’s life and sentence him to life in prison with no opportunity for parole. But a judge ordered Mr. Smith to be executed, overruling the jury in a practice that Alabama banned in 2017 and which is no longer allowed anywhere in the United States.
Lawyers for Mr. Smith had been unsuccessful in challenging his execution based on the judge’s decision, but they filed a flurry of appeals on other matters — including Alabama’s recent problems administering lethal injections — that delayed the execution by several hours.
Alabama was 1 of 4 states — in addition to Delaware, Florida and Indiana — that ever allowed judges to overrule jurors who recommended against a death sentence, according to the Death Penalty Information Center. All of those states have since outlawed the practice or had it declared illegal by courts.