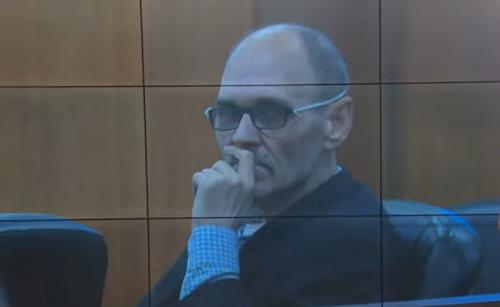 A Marshall County jury unanimously recommended the death penalty for Jimmy O’Neal Spencer in the July 2018 deaths of Martha Dell Reliford, 65, Marie Kitchens Martin, 74, and Martin’s great-grandson, Colton Ryan Lee, 7.
Judge Tim Riley will formally sentence Spencer on November 14.
Spencer scored 56 on the defense-ordered IQ test but scored 73 on a prison IQ test in 1984.
In an audio recording of an interview between Spencer and investigators, Spencer admitted he killed Reliford by striking her numerous times with the flat side of a hatchet during a robbery. He netted $600 before killing her and leaving her body on a bedroom floor.
Spencer said he used Reliford’s money to pay for a week at a local motel, and buy beer, cigarettes and crystal meth.
When the money ran out, he admitted he took a handful of mail from Reliford’s mailbox across the street to Martin’s home under the ruse it was misdelivered, and Reliford asked him to return it.
Instead, he sprayed Martin in the eyes with a body spray when she opened the door and forced his way into her home.
He admitted to tying Martin and Lee’s hands behind their backs before killing Martin by strangling her and cutting her throat. He later killed Lee by hitting him in the head with a hammer repeatedly. He left both bodies in separate bedrooms before stealing $13, her cellphone, handbag, bank card and car.
Less than 3 days later, he was arrested and charged with murder.