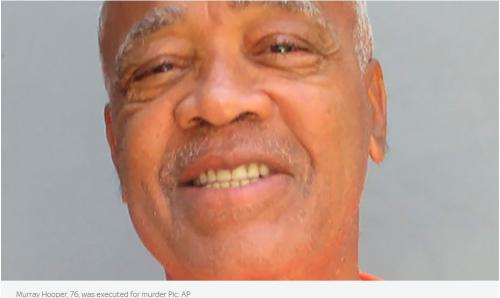 Murray Hooper, 76, Black, was executed
Hooper was sentenced to death in 1983 for the 1980 murders of Patrick Redmond and his mother-in-law Helen Phelps. Redmond’s wife, Marilyn, also was shot in the head during the attack but survived and testified against Hooper at his trial.
Hooper’s execution brought attention to Arizona’s continuing exclusion of journalists from the Arizona Republic newspaper from witnessing executions. Arizona Republic reporters regularly attended executions until Arizona refused to put the outlet on its media list for the any of the three executions conducted in 2022. According to the Republic, when the governor’s office was asked about the exclusion from Clarence Dixon’s execution, a staff member attributed it to the Republic printing “false information.” The Republic had published articles that were critical of the state’s execution practices and illegal procurement of execution drugs.
Hooper becomes the 3rd inmate to be put to death in Arizona this year, the 40th overall since the state resumed capital punishment in 1992, the 14th inmate to be put to death this year in the USA and the 1,554th overall since the nation resumed executions on January 17, 1977.