USA - Bill Pelke, a pioneer of US abolitionism, and a friend of Hands Off Cain, died. 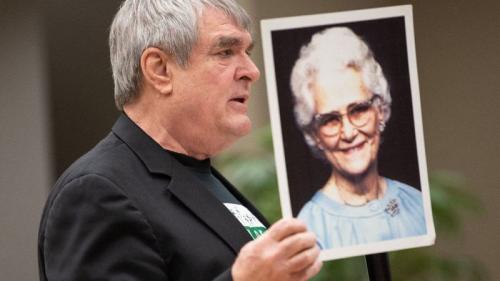 Bill Pelke, death penalty abolitionist and founder of the Journey of Hope, died suddenly of a massive heart attack at his home in Anchorage, Alaska on Thursday, November 12. He was 73.

Pelke began his work to end the death penalty after his grandmother, Ruth Pelke,76, was murdered in Indiana by four teenage girls. One of the perpetrators, 15-year-old Paula Cooper, became the youngest person ever sentenced to death in Indiana.

Moved by his Christian faith, Bill Pelke worked extensively to reverse Cooper’s death sentence, starting an international solidarity campaign in which the Italian Radical Party and Hands Off Cain participated with a massive collection of signatures, signatures then delivered in 1988 by Maurizio Barbera, at the time director of the Rebibbia Female prison in Rome, to the Secretary of the United Nations in New York. Even the European Parliament with a resolution with Emma Bonino first signatory participated in the campaign, and Pope John Paul II joined the international mobilization. In 1988 the Supreme Court of the United States declared it unconstitutional to execute anyone under the age of 16 at the time of the crime (only in 2005 the limit was raised to 18) and the following year the Supreme Court of Indiana commuted the death sentence of Cooper in a 60-year sentence.

“She was not able to forgive herself,” Pelke said.

Pelke, a Vietnam veteran who held a Purple Heart, created “The Journey to Hope… from Violence to Healing”, an organization led by murder victims’ family members that conducts speaking tours on alternatives to the death penalty, with an emphasis on compassion and forgiveness. Through the Journey of Hope, Pelke shared his story in over 40 states and 15 countries. He also served on the board of numerous anti-death penalty groups, including Death Penalty Action, the National Coalition to Abolish the Death Penalty, and Murder Victims’ Families for Human Rights.

“Revenge is never the answer,” he said of capital punishment. “As long as human beings decide who can live and die, we’re going to make mistakes.”

Pelke’s friends said he planned to be at a federal prison in Terre Haute Thursday to protest the execution of Orlando Hall.

Despite concerns from family and friends about travel during the coronavirus pandemic, Pelke, who became a great-grandfather last year, was present at 6 of 7 executions in Terre Haute since July.