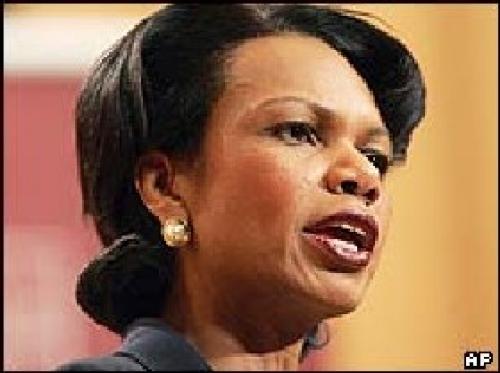 the Bush administration decided to pull out of an international agreement that opponents of the death penalty have used to fight the sentences of foreigners on death row in the United States, officials said.
In a two-paragraph letter, Secretary of State Condoleezza Rice informed UN Secretary General Kofi Annan that the United States "hereby withdraws" from the Optional Protocol to the Vienna Convention on Consular Relations. The United States proposed the protocol in 1963 and ratified it -- along with the rest of the Vienna Convention -- in 1969.
The protocol requires signatories to let the International Court of Justice (ICJ) make the final decision when their citizens say they have been illegally denied the right to see a home-country diplomat when jailed abroad. The United States initially backed the measure as a means to protect its citizens abroad. It was also the first country to invoke the protocol before the ICJ, also known as the World Court, successfully suing Iran for the taking of 52 US hostages in Tehran in 1979. But in recent years, other countries successfully complained before the World Court that their citizens were sentenced to death by US states without receiving access to diplomats from their home countries. The Supreme Court was scheduled to hear oral arguments March 28 in the case of a Mexican death row inmate in Texas who asked the justices to enforce an ICJ decision in favor of Mexico in 2004. That case
The administration's decision did not affect the rest of the Vienna Convention, which requires its 166 signatories to inform foreigners of their right to see a home-country diplomat when detained overseas.
"The International Court of Justice has interpreted the Vienna Consular Convention in ways that we had not anticipated that involved state criminal prosecutions and the death penalty, effectively asking the court to supervise our domestic criminal system," State Department spokeswoman Darla Jordan said.
Withdrawal from the protocol is a way of "protecting against future International Court of Justice judgments that might similarly interpret the consular convention or disrupt our domestic criminal system in ways we did not anticipate when we joined the convention," Jordan added.
Attorneys for Jose Ernesto Medellin, a convicted murderer on death row in Texas who was seeking review of his assertion that a lack of consular access harmed his case at trial, asked the justices to put the case on hold until after Medellin had had his hearing in the Texas state court.