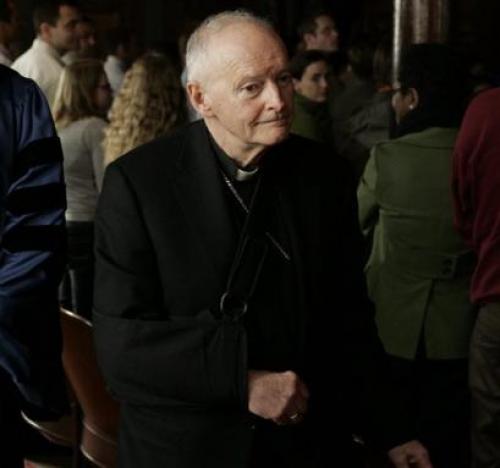 US Catholic bishops launched a campaign against the death penalty and presented new data suggesting support for capital punishment among American Catholics had fallen sharply in recent years to below 50 percent. Washington Archbishop Theodore McCarrick told a news conference the campaign would bring renewed urgency and energy to efforts to end capital punishment.
"The use of the death penalty ought to be abandoned because we have other alternative ways to protect society," he said.
Use of the death penalty has been falling in recent years. In 2004, 69 people were executed in the US, the lowest number since 1997. So far this year, 12 people have been executed. The number of people sentenced to death has also fallen from a 1996 high of 320 to 136 in 2004. Meanwhile, the Supreme Court has outlawed executions imposed on juveniles and the mentally retarded.
Pollster John Zogby presented results of a survey taken last November showing that support for capital punishment among Catholics was down to 48 percent, with 47 percent now opposed. In 2001, 68 percent of Catholics support the death penalty while 27 percent were opposed. Among the population at large, other polls have found support for the death penalty running at around 60 percent. However, when respondents are offered a choice between execution or life imprisonment without parole, support drops below 45 percent. As part of their campaign, the bishops will increase education efforts in parishes, schools and universities and step up advocacy in Congress and state legislatures. They will also continue to submit legal briefs in death penalty cases. McCarrick said the Catholic campaign fit into the church's general ideology of respect for life. "We cannot teach that killing is wrong by killing," he said. "This campaign brings together our social justice and pro-life efforts."