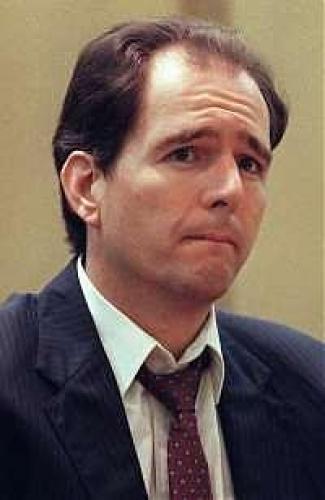 Florida executed a serial killer just hours before Texas put to death a man convicted in the stabbing deaths of his parents and an uncle. Both men were administered lethal injections after their lawyers had failed to persuade the U.S. Supreme Court that the method violates the constitutional guard against cruel and unusual punishment.
Danny Rolling, Florida's most notorious serial killer since Ted Bundy, was pronounced dead at 6:13 p.m., more than 16 years after his killing rampage at the start of the University of Florida's 1990 fall semester.
Rolling, 52, was executed for butchering five college students whose bodies were found during a three-day span in Gainesville. The killings touched off a huge manhunt and plunged the laid-back college town into panic.
When asked for a last statement, Rolling sang for two minutes what sounded like a hymn with the refrain "none greater than thee, O Lord, none greater than thee," witnesses and prison officials said.
Outside the prison, death penalty opponents stood in a circle singing "Amazing Grace" after Rolling was pronounced dead.
Other onlookers supported the execution. "They're doing a good thing," said Randy Hicks, 35, a truck driver and former prison guard who occasionally watched over Rolling. "This guy deserves it. It's very overdue."
Four hours later, Texas executed Gregory Summers, 48, convicted of paying a hit man to kill his parents in 1990 in an attempt to collect their life insurance and an inheritance.
Andrew Cantu, convicted of taking Summers' $10,000 offer and fatally stabbing Summers' parents and uncle, was executed seven years ago.
"He was so cruel in what he did to them and he needs to pay," said Brenda Steele, who lost her aunt and two uncles. "They loved Greg and they overlooked a lot of things they probably shouldn't have."
Summers was the 22nd inmate executed this year in Texas, the nation's most active death penalty state. Rolling was Florida's third execution this year.